Our education center is located in Veliki Žitnik, in Lika, the most untouched region of Croatia. Surrounded by forest and rivers, at the bottom of the impressive Velebit mountain, the environment around the center will get you out of your urban routine and ready for an authentic outdoor adventure.

Every Outward Bound course is an opportunity to step out of your routine and escape the stresses of urban life. In our center in Veliki Žitnik, you will get to experience life in harmony with nature.

The small village of Veliki Žitnik, 7 kilometers from the town of Gospić, is where you can find our education center - the starting and endpoint of all our courses.

The building used to be the village primary school. As there were no more children in the village to go to class, the town of Gospić conceded us the building in 2010.

In July 2016, we opened the doors to our rebuilt center thanks to our donors Rotary Club Zagreb and Zagrebgradnja d.o.o.. Today, it is the place of meeting, learning, and new experiences for youngsters from Croatia and all over the world.

Our center offers hostel-type accommodation. Upstairs, you will find dormitories and sanitary facilities separated by gender.

The center has a professional kitchen where we prepare the meals for our participants when they are not on expedition. Our kitchen allows the preparation of various meals while considering different dietary needs.

On the first floor, there are staff rooms and an office, as well as a large area for relaxing, activities, and meals.

For accompanying persons on our courses, we offer lodging in the center or a separate building aside. 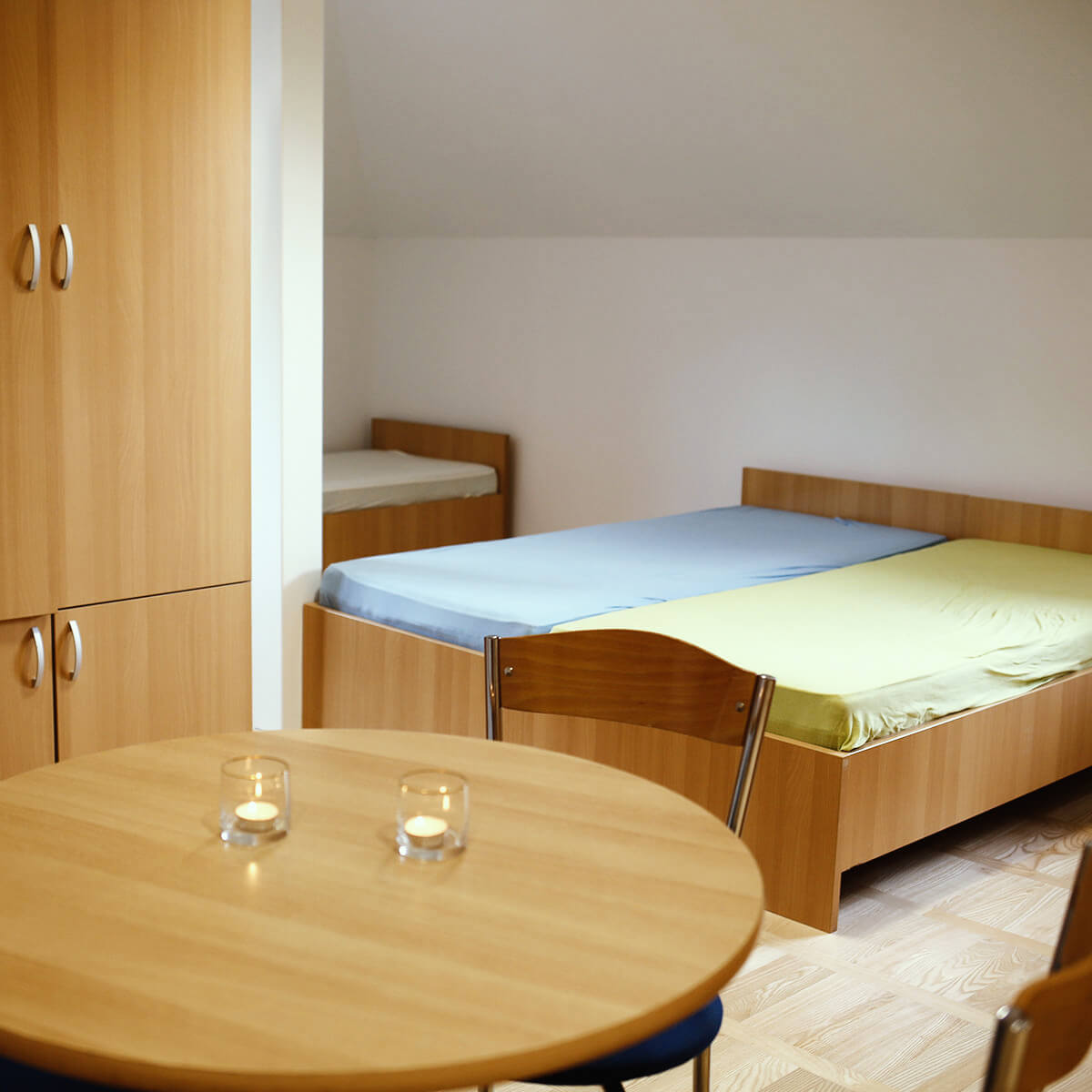 The center address is Veliki Žitnik 17, 53212 Klanac. You can arrive by car or public transport.

For those arriving by car, the road to the center leads through the town of Gospić. There is free parking space you can use during the course.

For group applications, e. g. school classes, we organize bus transport to our center and back, within Croatia. The closest airports are in Zagreb, Rijeka, Split, and Zadar.

You can also arrive by train or bus from all major Croatian cities. In that case, you should plan your trip to the railway or bus stop in Gospić and let us know your exact arrival time. As there is no public transport to our center, we will pick you up in Gospić and give you a ride to Veliki Žitnik without additional costs.

The Rivers Lika and Otešica

As soon as you enter Veliki Žitnik, you will cross the Otešica river that flows into the Lika river a few hundred meters further. Lika is the largest underground river in the region. It originates at the foot of the Velebit mountain, at about 600 meters above sea level.

The dam built in the river canyon has created the reservoir Kruščica, one of our favorite spots for bivouacking. 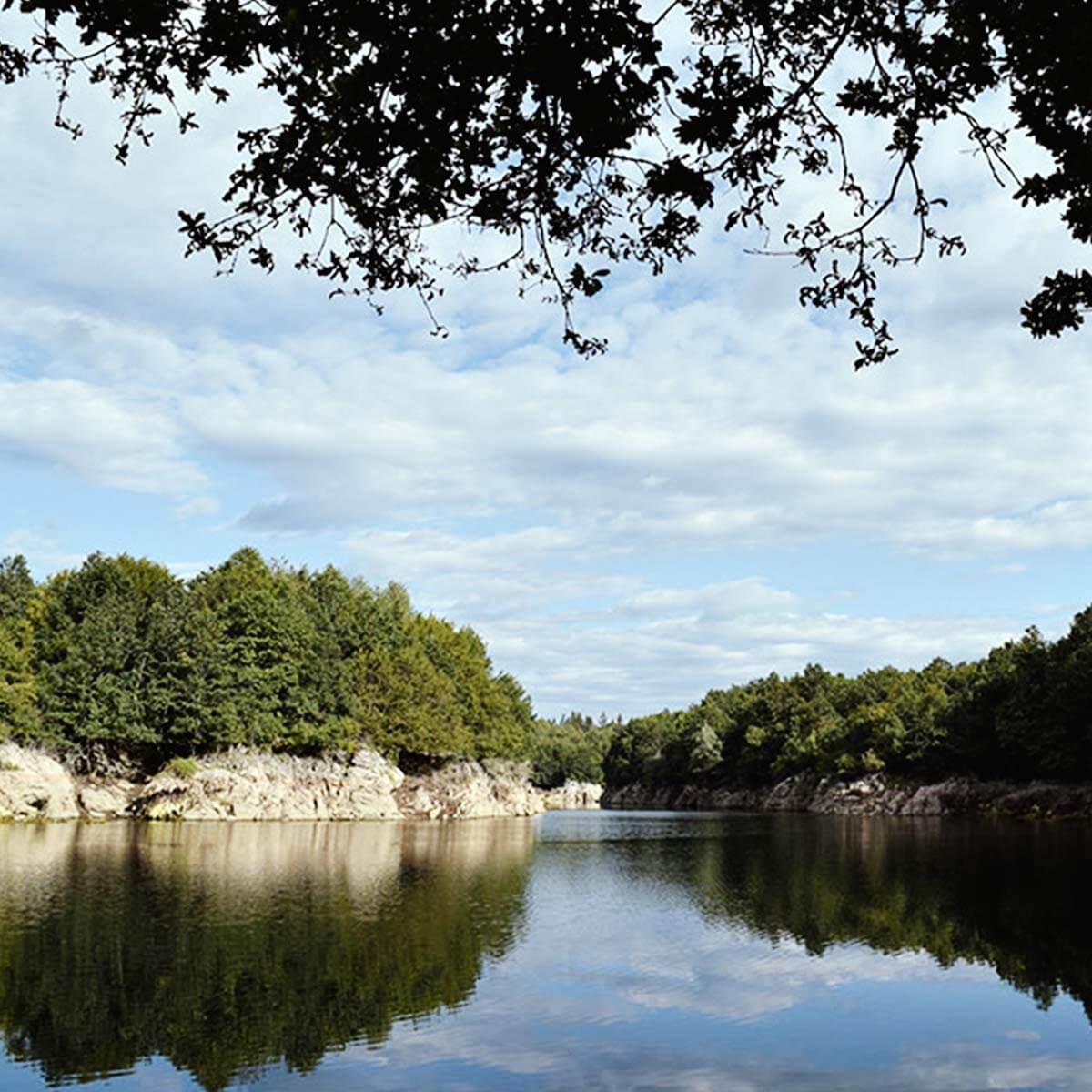 Kruščica is an artificial lake made in 1966 when a dam was constructed for the hydroelectric plant for the Lika region. It is one of the most beautiful reservoirs in Croatia.

At the bottom of the lake, you can still find the remains of the sunken village after which the lake was named. After the villagers left, only the stone walls of their houses and the church of St. Elijah remained.

The lake surface measures 3,9 square kilometers, and it is located at 554 meters above sea level. It is rich with fish, surrounded by forest, and attracts nature lovers and peace-seekers. 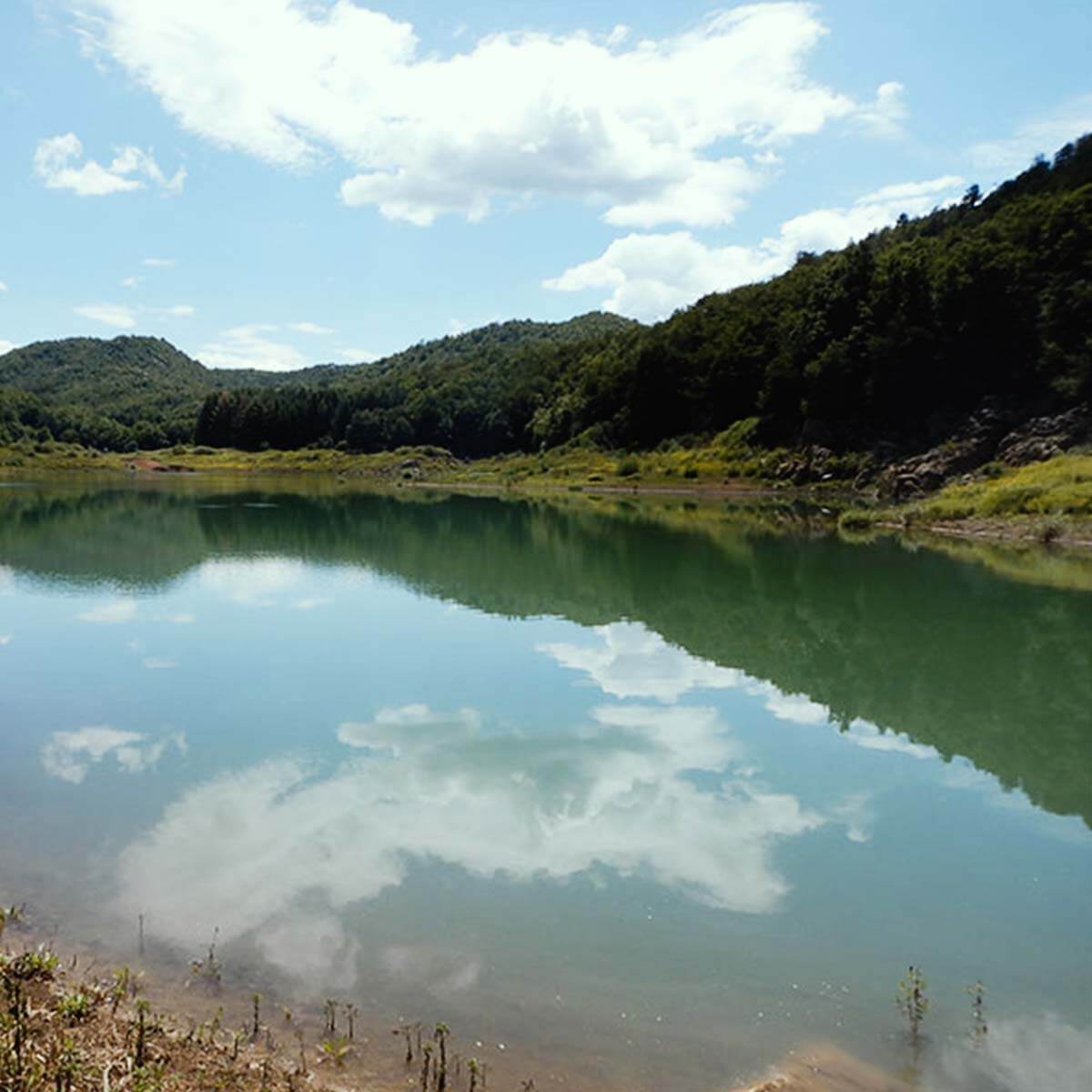 Only a few kilometers away from our center, you can find the bolted sports climbing area Čelina next to the Oteš peak. The impressive 30-meter high wall stands alone, surrounded by meadow and grassland.

Reaching the top of one of the climbing routes on Čelina and rappelling from the highest anchor point is one of the most challenging activities on an OBC course. Facing that challenge, however, will fill you with a feeling of pride and achievement.

On the other side of the Oteš hill, you will find the entrance to a fascinating caving system known to the locals under the name Ledenica (the ice-cold one). 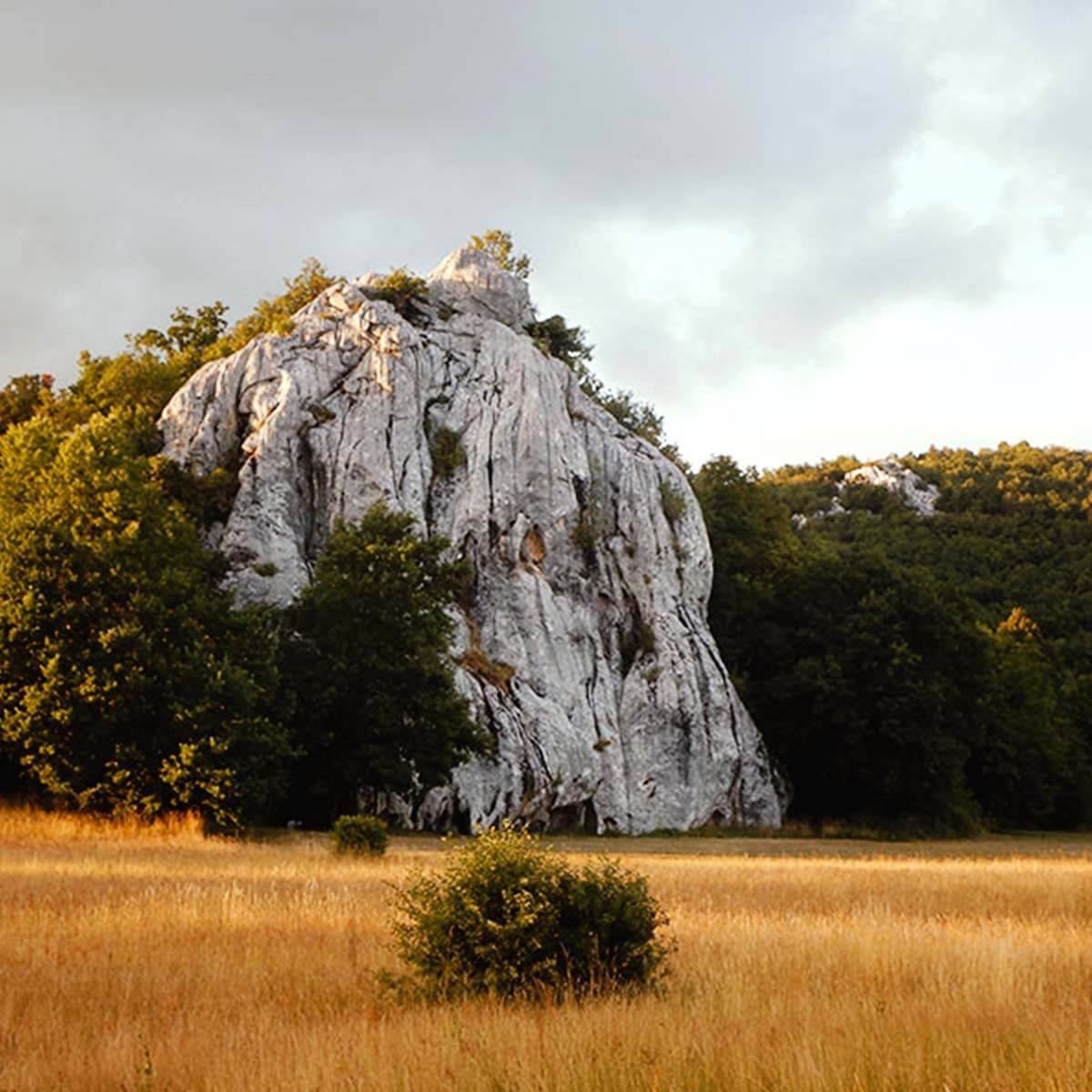 Our courses for adults will take you to the seaside - but first, you need to cross the Velebit mountain. Although it is not the highest, Velebit is the most impressive mountain range in Croatia, surrounded by many myths and legends. It is the longest mountain in Croatia, reaching from the Croatian littoral through Lika to Dalmatia.

Velebit is a typical limestone mountain accommodating large water reservoirs in its interior. The cliffs to the seaside are rocky and plane, in some parts reminding you of the moon's surface, while the inland is almost entirely covered by forest.

While the whole Velebit mountain area is a nature park, its northern part is additionally protected as a national park.

On our expedition, you are going to pass the famous Premužić trail. The 57-kilometer long hiking route connects parts of the northern and middle Velebit offering breathtaking views of the Adriatic sea and its islands. The trail is a construction masterpiece built entirely in stone and named after its architect, Ante Premužić. It passes numerous shepherd's lodges that offer insight into the local culture of times passed. Since there are no steep ascents, less experienced hikers will enjoy its beauty, too. 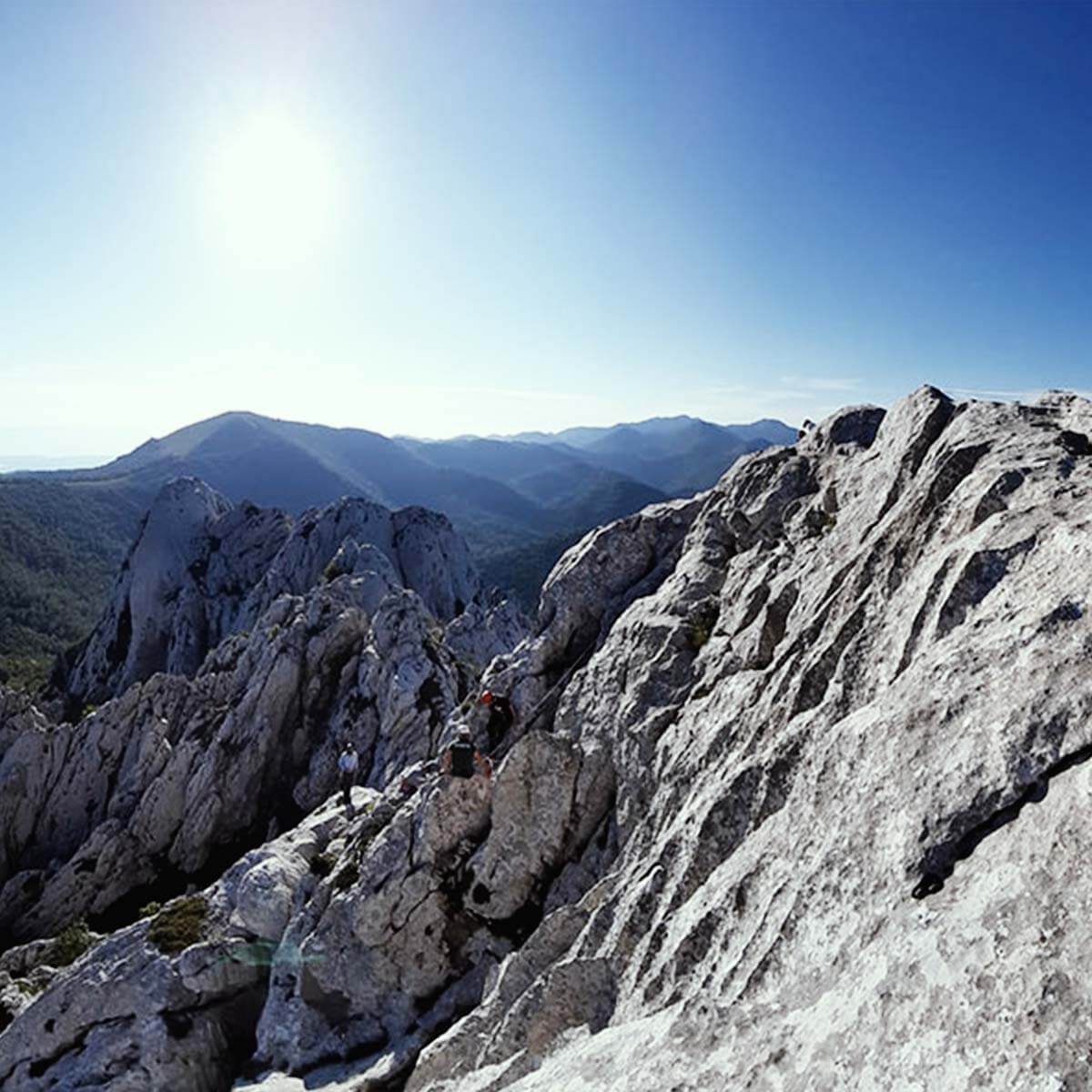 Take a look at our courses 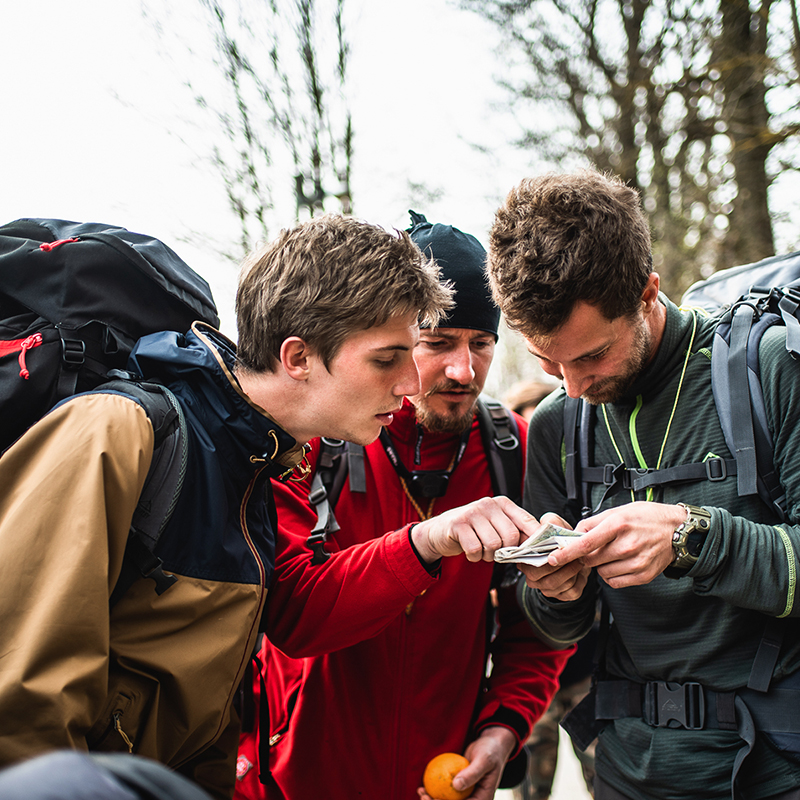 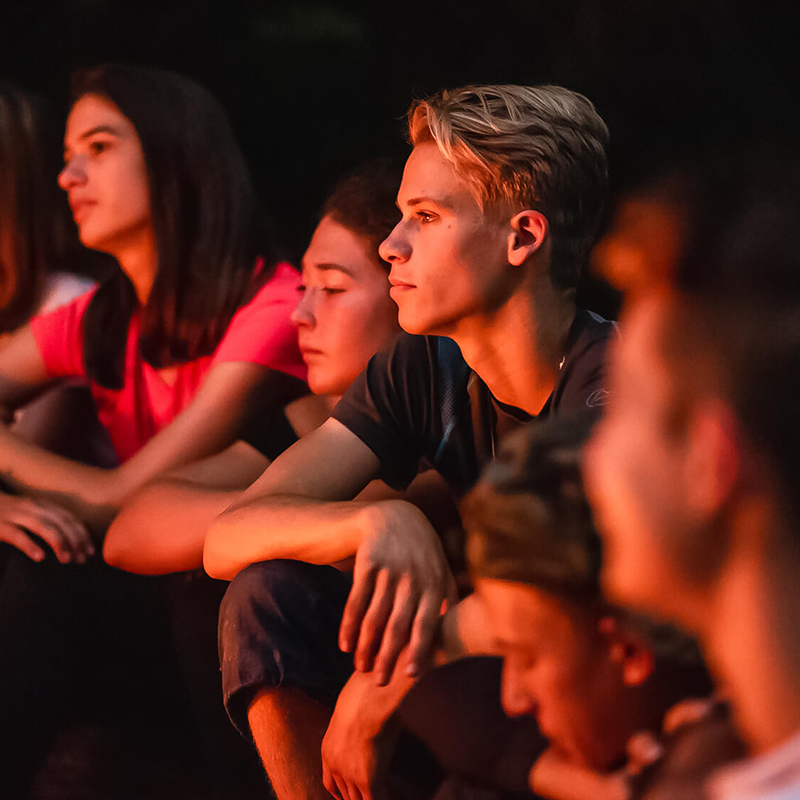 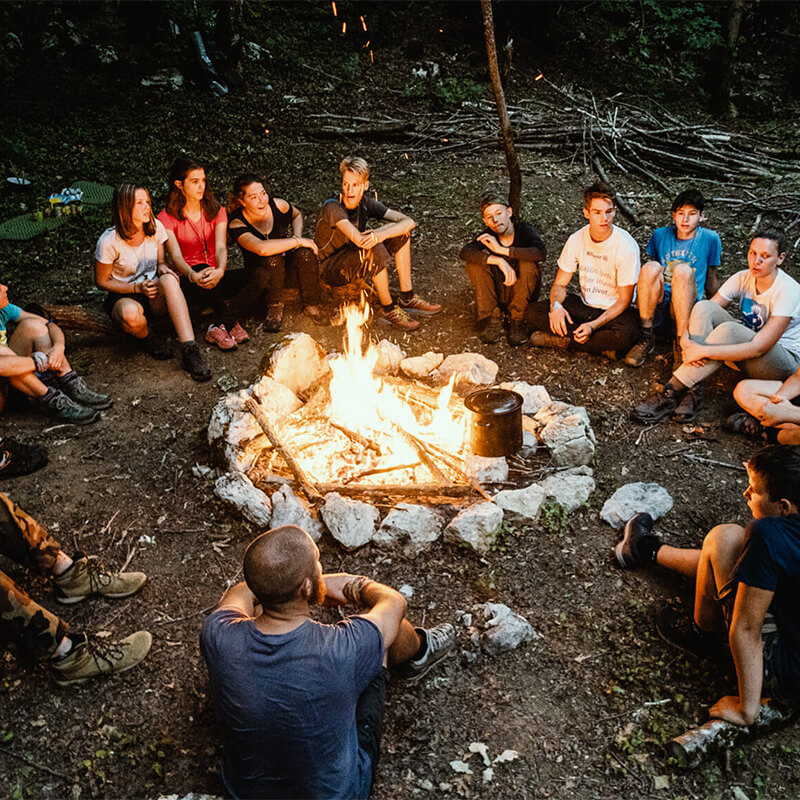